How is technology affecting our health? 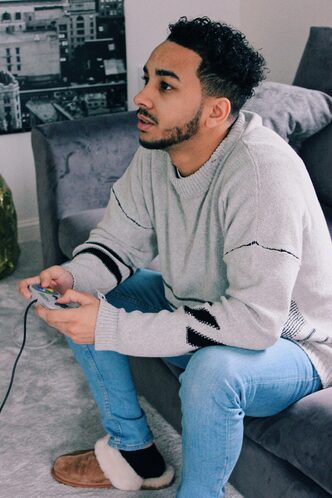 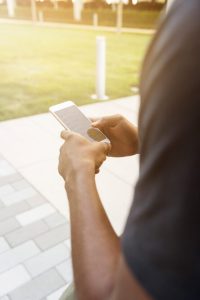 Most of us absorb three times more information every day compared with 50 years ago – but what is this doing to our health?

When we stare at a screen, we forget to blink. It’s estimated that we blink ten times less than usual. which leads to dry eyes and can result in vision problems. Many mobile phone fonts are smaller resulting in more eyestrain. Follow the 20-20-20 rule to reduce this. Every 20 minutes, focus on an object 20 feet away (about 6 metres) for 20 seconds. To increase blinking, blink every time you breathe in.

Do you keep your phone next to you when you sleep? Perhaps you use it as an alarm or check it last thing before sleep. If we waken during the night, we might just have a glance to see what’s been happening. Artificial light, especially blue light on backlit screens like mobiles, interferes with the production of a hormone called melatonin, which makes us feel sleepy. When it gets dark outside, turn on the blue light filter on your phone. Stop using electronic devices at least an hour before you go to bed. When you waken up in the middle of the night, don’t look at your phone. You may want to investigate spectacles that have blue light filters – your eyes will thank you for them!

About 80% of us use social media, sometimes accessing multiple platforms every day but this can have a negative effect on our sense of well-being. While it may have benefits, allowing us to stay in touch with family and friends, too often people start to feel inadequate and depressed when they see posts of others leading ‘perfect lives’ or having ‘perfect bodies’.

Body image insecurity is a huge problem in our society. This insecurity was there before the advent of social media – it has been one of the staples of advertising techniques for many years. So when people see a photo of somebody with a ‘perfect body’ on social media, they may feel envious. But now it is not just corporations who are manipulating images; ordinary people are photoshopping and posting these unreal images on social media. This may result in a cycle of comparison and low self-esteem, leading to depression. Some studies have found that Facebook use led to a decrease in happiness and overall life satisfaction. However other researchers have found no correlation between happiness and social media use, begging the question, ‘Are people who spend more time on social media doing so because they are depressed and feel that they have no friends or is social media causing the depression?’

We all like to be liked. When a post on social media gets a ‘like’, there is a gratification effect in the brain. Self-esteem and self-acceptance become dependent on how many ‘likes’ we get.

Young people are spending less time in real life interactions. They may develop many superficial relationships but not develop the skills to maintain a deeper connection. News and trends are communicated and spread almost instantaneously, leading to anxiety over being able to keep up and FOMO – Fear of Missing Out. A team of Australian researchers conducted two studies and found that compulsive internet use by adolescents leads to poorer mental health.

Another issue that we hear about is gaming. Often the games are violent and many studies have linked violent gaming to real-life violence. Yet, other studies, which teased out the components of games, found that violent games may reduce violence through a cathartic effect. (In the US, violent crimes drop immediately after the release of a violent electronic game.) These studies found that competitive non-violent games may increase aggression and violence, while violent games, which did not have a competitive component, did not.

Many of us are checking our phones while watching TV or in a meeting. We believe that we can take in different information with our ears and our eyes at the same time. Not true! We are less likely to retain information if we are multitasking. Studies have shown that multitasking participants had more difficulty filtering out irrelevant information than those focusing on one task at a time. They also took longer to switch tasks, juggle problems and wasted time searching for new information when information they had was better and more reliable.

In fact, students from Columbia and Harvard universities retained facts better when they knew they couldn’t get them from a computer, according to one study.

Many of us talk on the phone while driving but, even when the phone is hands-free, we lose concentration on our driving, and are more likely to be involved in an accident. Studies in the UK and America have reported mobile phone usage to cause one in four car accidents. In Australia, distraction is a contributing factor in 22% of car accidents and a staggering 71% of truck accidents. A Queensland study reported that 25% of drivers used hand-held mobile phones while driving. A further 14% reported using their phones to text while driving. (This study was completed before the changes to the law). Perhaps predictably, the highest level of mobile use while driving comes from the youngest drivers, aged 18-24. Using a hands-free phone is safer than placing your phone to your ear. However, talking on the phone (even hands-free) causes a cognitive distraction by involving you in a discussion while trying to navigate driving conditions. Unlike when you are talking to a passenger in the car, the person on the other end of the phone cannot see what conditions you are driving in and adjust the conversation accordingly.

Perhaps the biggest issue of all these technologies is addiction. Some people get addicted to checking their phones all the time, others get addicted to social media, others to gaming. If you find it hard to go without your technological hit, then you may have a problem! Like with many other things, moderation is the key to being healthy and happy.

But it’s not all doom and gloom

There are some positive ways in which technology helps us. Who really wants to go without access to computers and the internet? Information is easily accessible meaning less time trying to find the relevant details for something like this presentation! When there’s an accident, people don’t have to find a phone to call emergency services. Bushwalkers can now take GPS trackers with them, enabling them to be found quicker if they get lost. Mental health services are using texts and apps to support the vulnerable. SMS alerts are being used to warn people of an approaching natural disaster. Technological advances in medicine are saving lives. 3D printing has improved prosthetics while bioprinting will use a patient’s own cells to create replacement parts.

There is no definitive research which can tell us how our health is affected by modern technology but it is here to stay. The truth is that technology is evolving so fast that research into its effects can’t keep up. And there are always so many confounding factors. For example, anxiety seems to be on the increase but is this increase due to better diagnosis, or to computer use, or to diet, or air pollution? There are studies which show links between each of these and anxiety. The best we can do at the moment is to limit our use of electronic technology for entertainment. Go for a walk, meditate, chat with a friend, read a book, do a jigsaw – give your eyes and brain a break!

Technology is, of course, a double edged sword.
Fire can cook our food but also burn us.

No comments to show.